Lady Sandy did not like being stalked and when she noticed that this guy was doing it, she had to make him stop. She tried it the easy way by talking to him but it did not help. He pretended to hear her but he did not stop. She got pissed at him and this time she trampled him with her bare feet and her shoes to inflict pain on him. She even promised him that she would use heels next time if he did not stop. He did.

Mistresses dominate guy for being unproductive

This guy was so unproductive that these mistresses felt that the best thing to do to him was to trample him as well as humiliate him to teach him a lesson in productivity. They did not want to pay someone who did not give them value for money. So they trampled him with their high heels as well as got him to drink their pee and lick their smelly assholes.

Goddess Mel had beef with her boyfriend. She did not like how he talked to her and she was not going to let them get out of there without him learning that it was not ok to talk to her in that manner. So she did what she does best and she used her sneakers to humiliate him. He had to lick them and she did not care who saw them.

This mistress did not like what her husband was trying to do with her. They had separated so that they could have time to sort out their differences but he did not seem to be using the time for what it was intended. So she made him lick her asshole and smell her farts for him to focus. He was shocked by her cruelty and humiliation of him that he focused and did what she asked.

This guy was a loser but he thought he had a chance with mistress Emily. She could not believe it but she chose to play his game. She went ahead to tease him and show off her round and gorgeous ass. He loved what he saw but when he was turned on and tried to approach her, she told him he could only see her hot body but not touch it.

Princess Scarlett facesits on guy with her g-string

Princess Scarlett wanted to show off her sexy ass to this guy but at the same time punish him. She did that easily as she teased him with her ass and he took the bait. Thereafter, the mistress had a great time facesitting him with her g-string and she also had time to choke him and trample him. He realized when it was too late that she was not after fun with him but after her own fun.

Mistress dominates classmate for lying about dating her

This mistress is one of the hottest girls in school and this guy wanted to look popular and a stud so he lied that he was dating her and that he was even tired of her. She did not like that very much so she looked for him and she made regret what he had done and issue a public apology and own up to what he had done. He did all this after she had punished him by trampling him, slapping him and letting him know all the cruel and crazy things she would do to him if he did not. 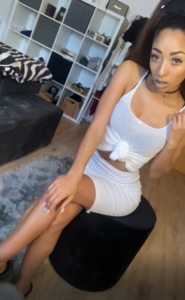 Mistress Cucciolo had beef with this girl slave so she took her to the woods. They drove there but when she spotted a rough patch which was muddy and had dirty water, she stopped the car and she asked the girl slave to get out of the car. She then went ahead to turn the girl into a human pony and she had to carry the mistress over the muddy section before she use her muddy boots to trample her.

Mistress Alexandra and her friends wanted this guy to learn that he could not go around scamming people for a living. He had to learn to change his life and to do things the right way. That is why the mistresses stripped him naked and they trampled him with their high heels. In addition, the mistresses also kicked him and stomped on him before they let him go and warned him to stop scamming people.

Mistress Evgenia and her friend mistress Sandra had to punish this guy because he was behind a smear campaign targeting them. They had tried to tell him to stop it but he did not so they had no choice but to punish him and get him to learn his lesson the hard way. He was shocked by what they did to him as they stripped him naked and forced him to smell dirty panties, get choked and had to lick their heels before being trampled.